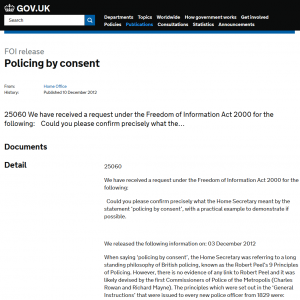 I've had this tab open since the events in Ferguson. I feel like I need to repost them here, just to make sure they're seen and kept. Originally created as the basic rules or principles upon which the Metropolitan Police should act and behave: